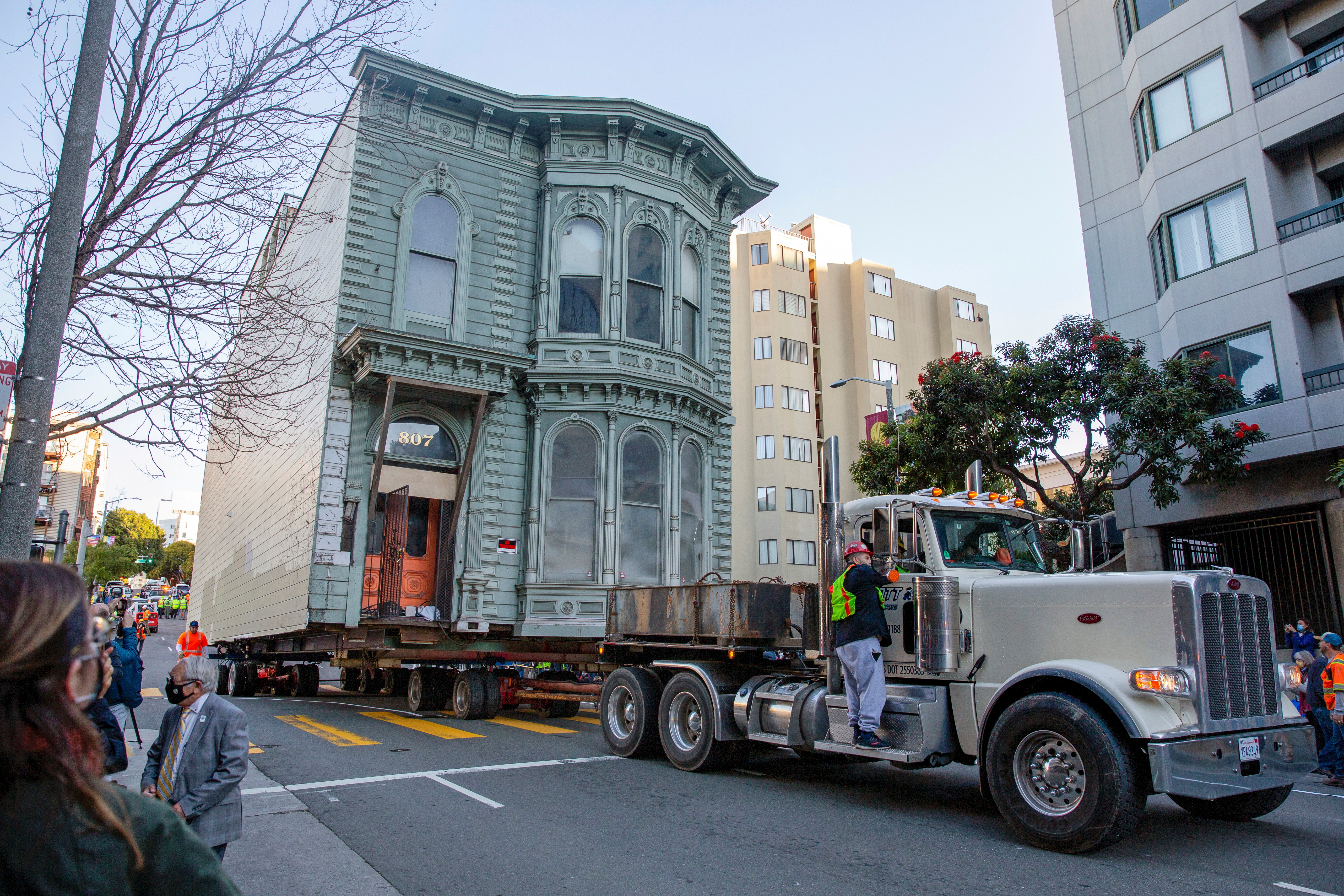 He came out with the first light of day. It moved very slowly, at just 1.5 kilometers per hour. He walked in the opposite direction down Franklin Street in San Francisco. What do they want: it was the first time in his 140 years of life.

He turned right on Golden Gate Avenue, left on Laguna Street, and left again on Fulton. It was a walk of no more than 800 meters in distance, but its movements were followed by hundreds of neighbors. It’s not every day you see a two-story, 480-square-meter Victorian house lift off the ground and move through the streets to a new location. Specifically, 50 years ago, according to the San Francisco Historical Society.

The 807 of the Franklin Street is already, as of this Sunday, the 635 of the Fulton Street. There it will be a neighbor of a building that housed a funeral home, which in turn had to be moved four meters to make room for the new one. A total of 64 new homes will emerge from this gigantic and historic urban Tetris game: 10 in the old funeral home, seven in the Victorian house, and 47 apartments in an eight-story building that will be built on the remaining lot on Franklin Street.

The owner paid about $ 400,000 for the move. The route had to be prepared, removing some parking meters and part of the public lighting. The building was mounted on a huge hydraulic platform with wheels, which was pulled by a truck. The mobile home was preceded by workers who cut the branches of the trees that got in the way.

In the second half of the 19th century, about 40,000 houses emulating the Victorian style in San Francisco. Most were destroyed by the 1906 earthquake, and those that remain constitute a claim for tourists interested in architecture. Most of them were built following a pattern, but it is not the case of the one that moved on Sunday. Hence their interest. It was specifically designed by the German architect Wildrich Winterhalter, who moved to San Francisco in 1969.

The house, with large windows, has elaborate moldings, cornices and a beautiful staircase, all in surprising good condition despite the neglect to which it has been subjected in recent years. In 1990 it was acquired by a person who lived in the house until, after it went bankrupt, it was sold in 2013 for 2.6 million dollars to a developer interested in building homes.

Over time, the value of the lot began to be much greater than that of the building. And the developers concluded that, to square the real estate move, it made more sense to move the property directly. Something that is not uncommon in the history of San Francisco, a city where, unlike typical brick houses on the East Coast, lighter wooden structures abound.

There were about twenty companies that offered the service in the city, which fell into disuse as the street and urban infrastructures were established. By then, of course, they were not moved by trucks, but by horses. With which fate offers a nod to whoever had the house built in 1880 that was moved on Sunday. That first owner was Max Englander, who owned a horse-drawn business.