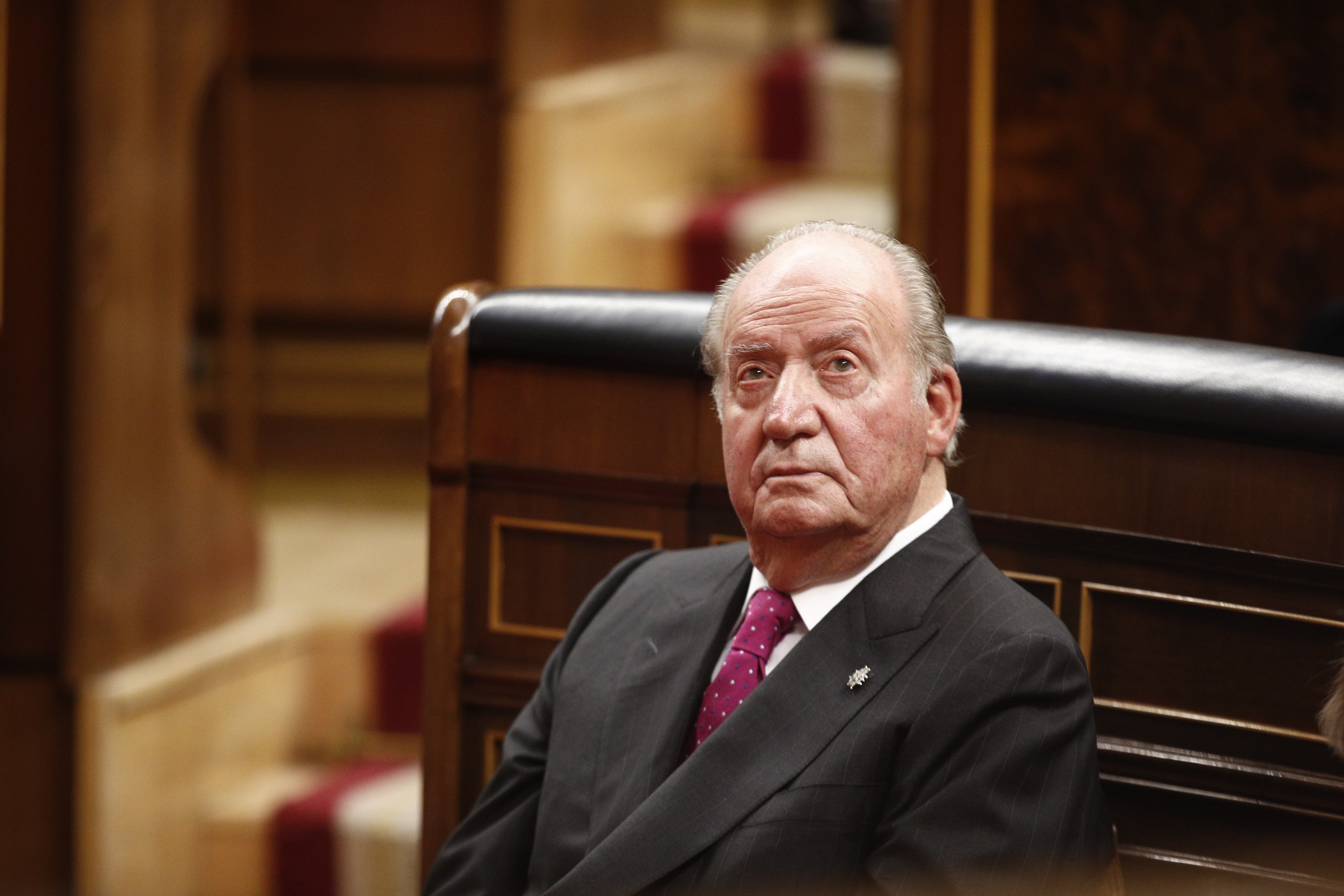 Four months after his departure from Spain to Abu Dhabi (United Arab Emirates), the King Emeritus, Juan Carlos I, has started the process to file a declaration with the Tax Agency to regularize his tax situation. His lawyers have sent the Government a letter, sent through his lawyer, Javier Sánchez-Junco, which is still being analyzed by the Treasury, who must respond in the coming days if he accepts the regularization or requests clarification and what is the amount to be paid .

According to sources familiar with the case, the statement is not related to his possible assets abroad, but to the use of bank cards by Juan Carlos I and his relatives with opaque funds from the Mexican businessman Allen Sanginés-Krause, which is being investigated by the Attorney General of the Supreme Court.

The presentation of a voluntary declaration to regularize your situation with the Treasury has been on the table since the ex-lover of the king emeritus, Corinna Larsen, declared that Juan Carlos I had given him 65 million euros from a donation made to him by the King of Saudi Arabia, Abdullah bin Abdelaziz.

However, according to the sources consulted, the voluntary statement prepared by Mr. Juan Carlos’s lawyer before the Tax Agency does not refer to the assets that his client may have abroad, but to the use of opaque cards by the royal family .

The Supreme Court Prosecutor’s Office is investigating the alleged use by the King Emeritus and several of his relatives – among whom would not be King Felipe and Letizia – of credit cards linked to current accounts of which he is not the holder. The money belonged to his friend and Mexican businessman Allen Sanginés-Krause, who allegedly made it available to Don Juan Carlos without his declaring it to the Treasury or through donation.

The use of the cards occurred between 2016 and 2018, when the emeritus king had already abdicated and lost inviolability. The amount defrauded would exceed 120,000 euros in some years, a limit from which it is considered a tax offense, punishable by up to five years in prison.

The Prosecutor’s Office has already questioned the Mexican businessman friend of the King Emeritus and Colonel of the Air Force Nicolás Murga Mendoza, who was his aide-de-camp for a decade, from 2007 to 2017, and who had the cards to pay gifts and personal expenses of Juan Carlos I and his relatives.

Depending on the moment in which the voluntary declaration is presented, the effects would be different. Until last September, the last non-prescribed fiscal year was 2015. If he had submitted it before that date, Juan Carlos I could have made the supplementary declaration for that year, which was precisely the first in which he no longer enjoyed inviolability as head of State.

With his initiative before the Treasury, the lawyer of the emeritus king tries to neutralize the investigation opened on this matter in the Supreme Prosecutor’s Office. Voluntary regularization can occur at any time before the Tax Agency opens an inspection or a judge summons to testify as being investigated for alleged tax fraud or money laundering, which supposedly had not happened yet, although the anti-corruption prosecutor had been investigating since 2019 .

The Treasury is still analyzing the documentation presented by Sánchez-Junco and must decide in the next few days whether to request more information. If the lawyer of the king emeritus managed to deactivate the case of the cards with the payment of a fine, he would take a very important step in the path of clearing the tangle of investigations open to his client in the Supreme Prosecutor’s Office.

Sánchez-Junco hopes that the Prosecutor’s Office will end up archiving the investigation opened for the alleged collection of commissions from the AVE to Mecca, since the events date back to 2012, when Juan Carlos I enjoyed inviolability, although it is assumed that the letter that end the case will contain harsh recriminations towards his conduct.

Regarding the third of the investigations, the alleged existence of companies located in the tax haven of Jersey and linked to Juan Carlos I, according to a report from the Money Laundering Prevention Service of the Ministry of Economy (Sepblac), he has assured how many people have asked him about this case that it must be an error, as he claims not to have no society on that island in the English Channel.

The return of Juan Carlos I is pending that the prosecutor Juan Ignacio Campos —favorite to become lieutenant prosecutor of the Supreme Court— files the three investigations or files the corresponding complaint.

The King Emeritus has been in the Gulf for four months, as the guest of Sheikh Mohamed Bin Zayed, Crown Prince of Abu Dhabi and de facto ruler of the Emirates, and so far only known to have received a visit from one of his daughters, Infanta Elena. The question of whether he will temporarily return to Spain to spend the Christmas holidays with his family has not even been cleared up. In a recent interview with EL PAÍS, the Minister of Justice, Juan Carlos Campo, he insisted that the emeritus king has no open cause, so he can return whenever he wants and, “if there were an appeal, he would not be long in coming.”

The statement on the funds of the opaque cards leaves pending the regularization of the possible assets and rights that Juan Carlos I possesses abroad, apart from the 65 million transferred to Corinna Larsen. To regularize them, you should file a model 720 return, according to tax experts.

The price of the regularization would not be cheap, since the rate to be paid would be around 50% of the value of the goods and rights. To this figure should be added a 20% surcharge for untimely declaration and late payment interest, as well as a testimonial penalty (about 1,500 euros). In other words, to regularize your assets abroad, you should pay the Treasury most of its value. However, this route, which was designed by the PP Finance Minister, Cristóbal Montoro, in 2012, is pending the ruling of the EU Court of Justice.

The track of the money that Juan Carlos I accumulated abroad leads to several foundations and millionaire friends. The main fortune that the emeritus king concealed from the Spanish hacienda was in the Panamanian foundation Lucum, whose first beneficiary is Juan Carlos I and the second, King Felipe. Lucum opened an account at the Swiss bank Mirabaud. On August 8, 2008, the account entered 100 million dollars (65 million euros at the then exchange rate). The only bank documentation that certifies this income indicates that it is a gift from the King of Saudi Arabia, Abdalá bin Abdelaziz, to Juan Carlos I. In June 2012, that account was emptied by a donation of all the funds that the King Emeritus made his ex-lover Corinna Larsen.

Arturo Fasana, a Swiss manager who managed the king’s estate, recounts how in 2010 Juan Carlos I showed up at his home with a suitcase containing 1.9 million euros, an alleged gift from the King of Bahrain Hamad bin Isa to Khalifa.

The emeritus king has three open investigations in the Supreme Prosecutor’s Office. The first, for the alleged collection of illegal commissions in the works of the AVE to Mecca awarded for 6,500 million to a Spanish consortium. The second, by the disposition of money of a Mexican businessman by the king emeritus. The third tries to clarify whether Juan Carlos I owns companies in the tax haven of Jersey with millionaire funds.