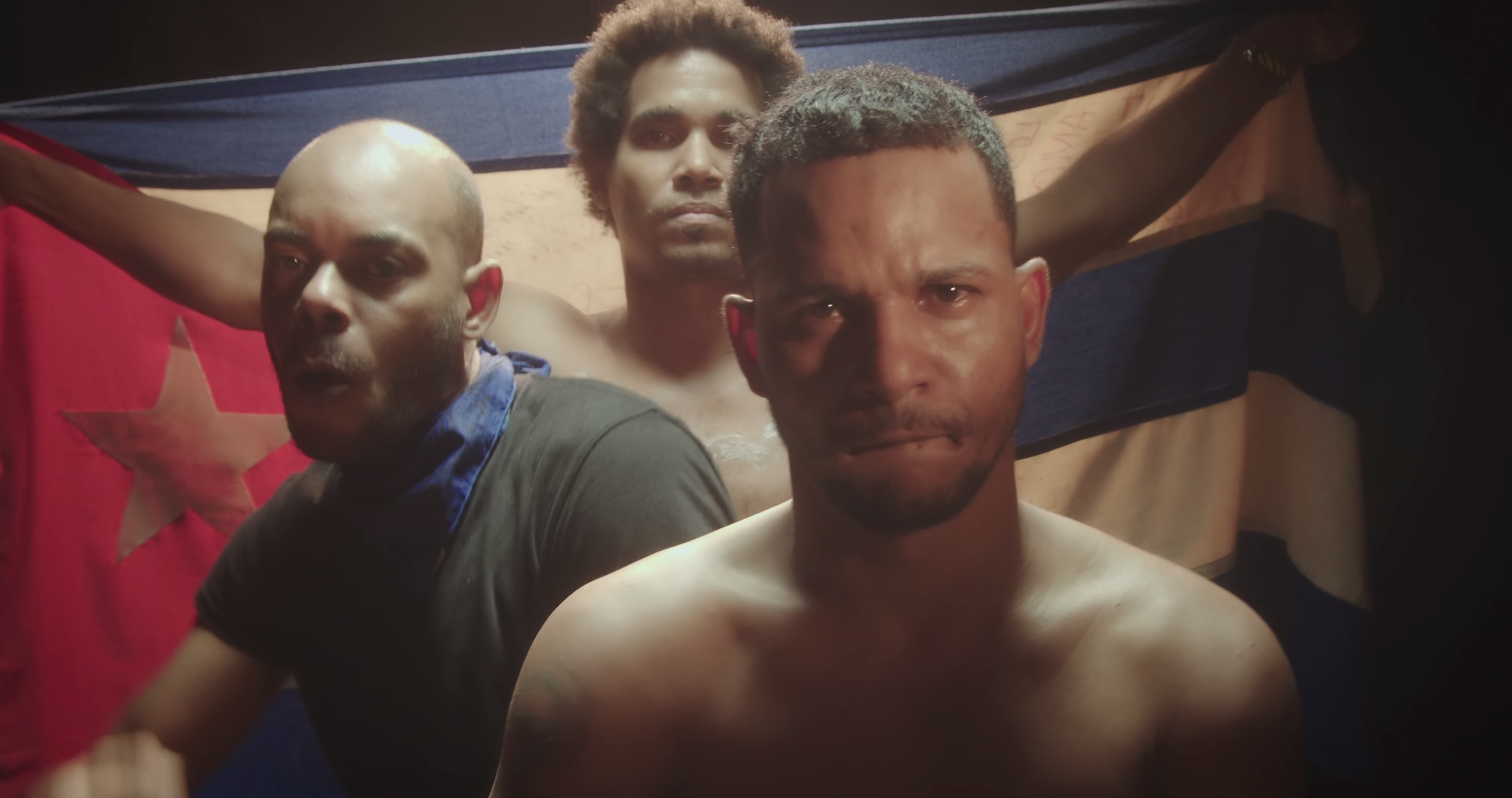 According to official Cuban history, in the middle of the revolution of the 1950s, one of the emblems of Fidel Castro and other guerrillas during the war were the three words: Country or Death. An emblem that has been repeated millions of times in speeches, statues or official propaganda, as famous as Ever onward to victory. But almost six decades later, a group of musicians dared to insult the official logo and the Government of Cuba, which failed to stop the digital broadcast of the song, responded with deep irritation. It all started last week, on Tuesday, February 16, when the musicians published on various platforms a song called Homeland and Life.

“We are the dignity of an entire people trampled on; At gunpoint and with words that are still nothing, ”says the song by Cuban rappers Maykel Osorbo and El Funky –who live on the island– along with other musicians who live outside of Cuba, such as Yotuel, Gente de Zona and Descemer Okay. “No more lies, my people ask for freedom, no more doctrines; Let us no longer shout ‘Homeland or Death’ but ‘Homeland and Life’.

“This is going to be a hymn of freedom”, Rapper El Funky told CubaNet from Havana. “Making the video was quite difficult, because in the situation we are in, people don’t want to take risks. They don’t want to rent you lights, they don’t want to rent you cameras. Everything was running, under tremendous mystery in a house we were able to put those black curtains, to be able to make the video, and thank God it came out. But you know, under pressure. Everything under pressure ”.

Although the artists sing in a dark room, the editing of the video is as critical as its lyrics. It starts with the burning of a drawing of the Cuban hero José Martí, and the ashes reveal behind a dollar with the face of George Washington (“Exchanging Che Guevara and Martí for the currency,” says the song about the power of the dollar). In the second half of the video, images of repression by the police against the San Isidro youth movement are seen, as well as an image of the movement’s leader, the artist Luis Manuel Otero Alcántara, embracing the Cuban flag: three weeks ago, both Otero as rapper Maykel were arrested temporarily by the authorities after demonstrating in front of Parliament to demand the resignation of the Minister of Culture.

“And the world is aware that the San Isidro movement continues,” says the song about the hundreds of young people who took to the streets in November of last year demanding freedom of expression on the island, after the imprisonment of rapper Daniel Solís. In addition to criticizing Fidel’s motto, the song speaks of the importance of tolerating political differences on the island (“Let the blood not continue to flow, for wanting to think differently”), or criticizes the opulence for foreigners in Cuban resorts when their Citizens continue to seek to migrate to the United States to escape extreme poverty (“Advertising of a paradise in Varadero; While mothers cry for their children who left”).

In less than a week, the song added more than a million and a half views on YouTube and, although the Cuban government has tried for years to have more control over political discourse on networks, it could not stop the song from spreading like fire. “They wanted to erase our slogan and Cuba made it viral on networks,” he wrote on Friday on his twitter account. the Cuban president, Miguel Díaz-Canel, in defense of Country or Death, when the opposition song had already expanded.

On Thursday night, in addition, the government managed to interrupt the regular broadcast on official channels to show the national anthem at 9 pm, and the official newspapers have also published several articles criticizing the rappers’ song. “The ‘art’ that is born at the mercy of the will of those who pay – at all costs and at all costs – smells of sulfur to try to break into the sovereignty of a nation from the grossest political interference”, wrote the official journal Granma, alluding to an alleged foreign interference among critical voices on the island. “The text bets without dissimulation by the capitalist restoration and the overthrow of the revolutionary power”, explains another of the official articles.

The effort to silence rappers reinforced the song rather than censoring it. “Last night two independent activists [Osmel Adrián Rubio y Anyell Valdés] they wrote ‘Patria y Vida’ on the portal of their house in Havana. Today the regime’s security forces besieged the house and cut off their internet. That’s how nervous the regime is about this song ”, denounced on twitter José Miguel Vivanco, director of Human Rights Watch, broadcasting the video to his 159,000 followers in America. The Vice-President of the European Parliament, Dita Charanzová, also shared the video.

“I think that song reflects the state of orphan in which the country finds itself. I hardly find any reference other than Donald trump in which a president responds to artists by slandering them. In Cuba, not only does Díaz-Canel do it, but also the entire state apparatus, ”Cuban writer Carlos Manuel Álvarez told El PAÍS. “This situation reflects the fragility or the state of fear that the Cuban government has, which can feel that a song composed by six or seven musicians endangers its political stability.”

The episode is a new chapter in the passionate political history of Cuban music, in which some singers remained close to the regime (such as the troubadour Silvio Rodriguez), others became symbols of Cuban exile (such as the queen of salsa, Celia Cruz), and more recently many young rappers who lived on the island confronted the Government with their verses inspired by the most critical hip-hop in the United States ( like the rappers Los Aldeanos, now in Miami, who had been talking about Havana that had “traded Che Guevara for money”).

The song of Homeland and Life Its stanza is: “It’s over, you five nine, I double two; It’s over, sixty years blocking the domino ”. It is a riddle: the famous game of dominoes on the island has the number 9, when in other Caribbean countries they only go up to 6, and it is “stuck” when there is not one more tile to play. The fifth nine, the 59, was the glorious year of Fidel, when he won the war, and the rappers appeal that this has been the government’s record for sixty years to just shout Country or Death and stop the game. The record of the rappers in this story, on the other hand, is the future: double two, either in 2020 in which the San Isidro movement was strengthened, or in 2022, in which they hope to see a Cuba with much more life than death.