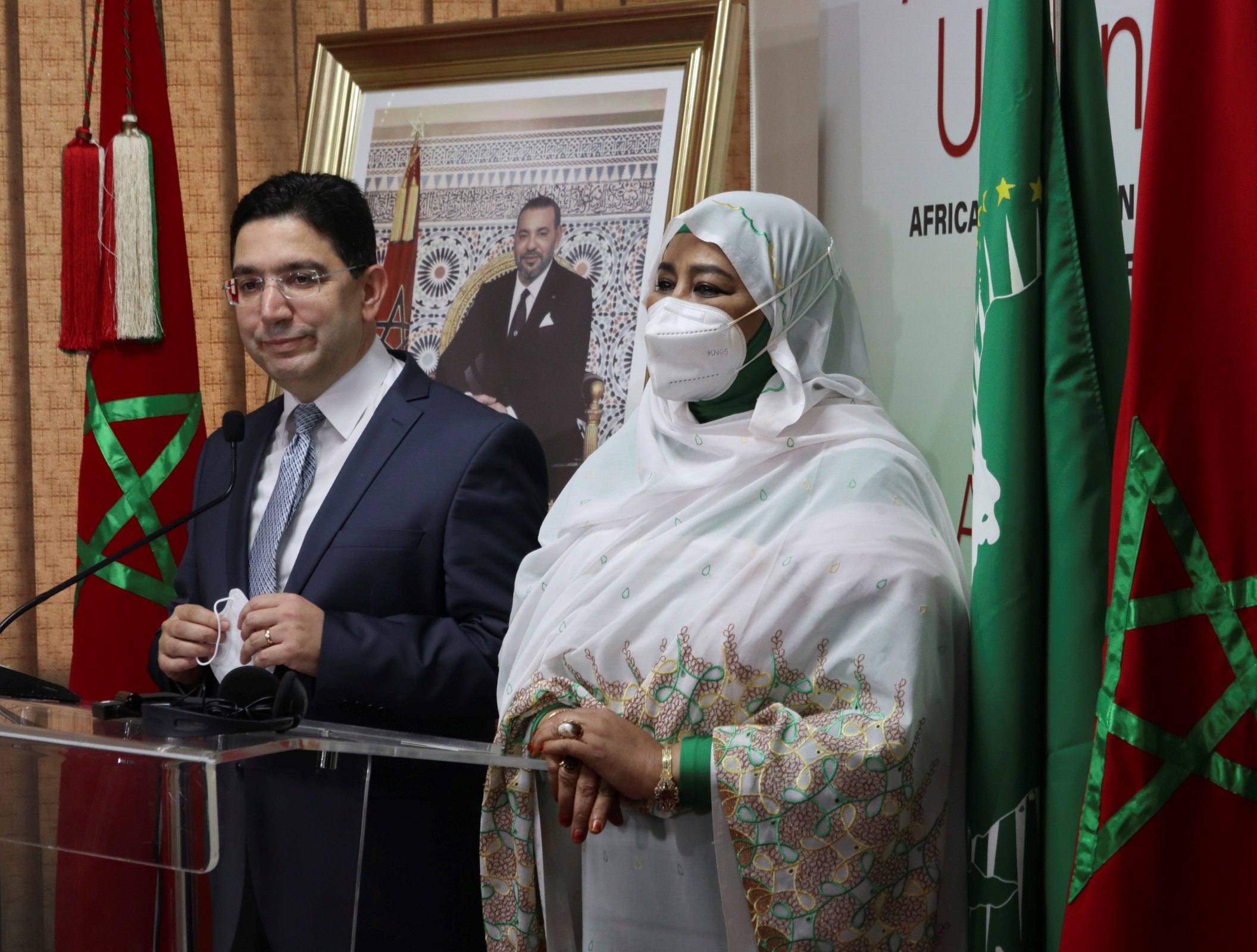 The new corridor of clandestine migration to Morocco is operating at full throttle in the Saharawi city of Dakhla, one of the most heavily guarded areas in the country, where it seems almost impossible to escape the control of the authorities. However, more and more boats are leaving Dakhla in the direction of Canary Islands. The first began to arrive in 2018. The following year the Spanish islands received 2,698 clandestine emigrants by sea from Africa. This year they have already reached 18,300, half of them Moroccan. And for at least three months the entries of Moroccans have exceeded those of sub-Saharan Africans, according to official Spanish sources.

Many of the Moroccans arrive by road and others by plane to Dakhla, the southernmost city in Western Sahara, 400 kilometers from the border with Mauritania and 450 kilometers in a straight line from the Canarian pier in Arguineguín.

Western Sahara, a territory on which the Polisario Front calls for a referendum of self-determination, is an area of ​​priority interest for Morocco. There is a constant presence of uniformed police, gendarmes and military, not counting the many secret agents and informants. The question that the visitor can ask himself is why the authorities are not able to stop the bleeding. “It is evident that they do not want to,” indicates a resident of the former Spanish colony, who requests anonymity. “But sometimes they stop someone to show Spain and Brussels that the millions of euros they are paying as subsidies to stop emigration are useful for something,” he adds.

Upon landing in Dakhla, it is surprising that the authorities take a PCR test from the passengers to detect covid-19. For free. It is mandatory to provide the telephone number and the place of accommodation. That is only the first sign of the security that prevails in the area. If it is accessed by road, it is necessary to submit to police controls, as in most municipalities in Morocco. The difference is that Dakhla is a spit of land that penetrates 50 kilometers into the sea; it is a small peninsula with a single access point and just four kilometers at its widest point. That makes control easier. To enter the city you have to go through two posts of the Royal Gendarmerie and one of the police. To go out, the same. In addition, on the coast there are guardhouses every three kilometers, as is the case in much of the Occidental Sahara.

Young people can be seen in groups at any time on the Dakhla promenade, some with backpacks. One of those groups was formed this Saturday by five men between 20 and 30 years old. They say they come from Beni Mellal, a city in central Morocco. They do not specify when they intend to travel to the Canary Islands, but they assure that there will be about 30 inside the boat. They report that there are many people like them in Dakhla and that most come from three cities: Beni Melal, El Kelaa des Sraghna and Fquih Ben Salah, all of them in central Morocco and victims of the pandemic and drought.

When asked how many Moroccans they estimate there are in Dakhla right now waiting to leave, they say about a thousand. One of them laughs and says that all of Morocco is thinking right now about going down to Dakhla to go to the Canary Islands. Unlike most of Morocco, in Dakhla people often find work. Whether in fishing, in the fish meat processing industry or in tomato greenhouses. Some migrants work while saving money and waiting for their opportunity to leave.

“And others arrive and leave for the Canaries the next day,” says a Dakhla neighbor. “In Dakhla we know almost everyone. We are not more than 150,000 inhabitants. We from here run from the sun. No one from here walks around at twelve or one in the afternoon. But the harragas –Name by which clandestine emigrants are known in the Maghreb– go in groups. Many of them, with backpacks. They are ready to go at any time. As soon as they are called, they are summoned in a taxi on a street and from there they are taken to the starting point ”.

Many sub-Saharan Africans in Dakhla also aspire to reach the Canary Islands. They come mainly from Ivory Coast, Guinea Conakry and Senegal. A person who usually has a regular deal with them says: “Some of these emigrants arrived through the Casablanca airport and went down to Dakhla. And others did it for Algeria, jumping the border through the Moroccan city of Oujda. What none of them does is come from Mauritania through the Guerguerat. That is well controlled. Well yes, I know one who tried to cross, but was shot in the leg ”.

“When they take a boat out at sea”, adds the aforementioned source, “the pilot, who is called here raís –title that Arabic is assigned to some leaders – he tends to drop the GPS and mix with the rest of the passengers. Because he knows that the one who takes the boat ends up in jail. If the others don’t give him away, then they lock them all up somewhere and start squeezing them until they end up giving him away ”.

Between some sporadic arrests, the corridor from Dakhla to the Canary Islands continues more open than ever.