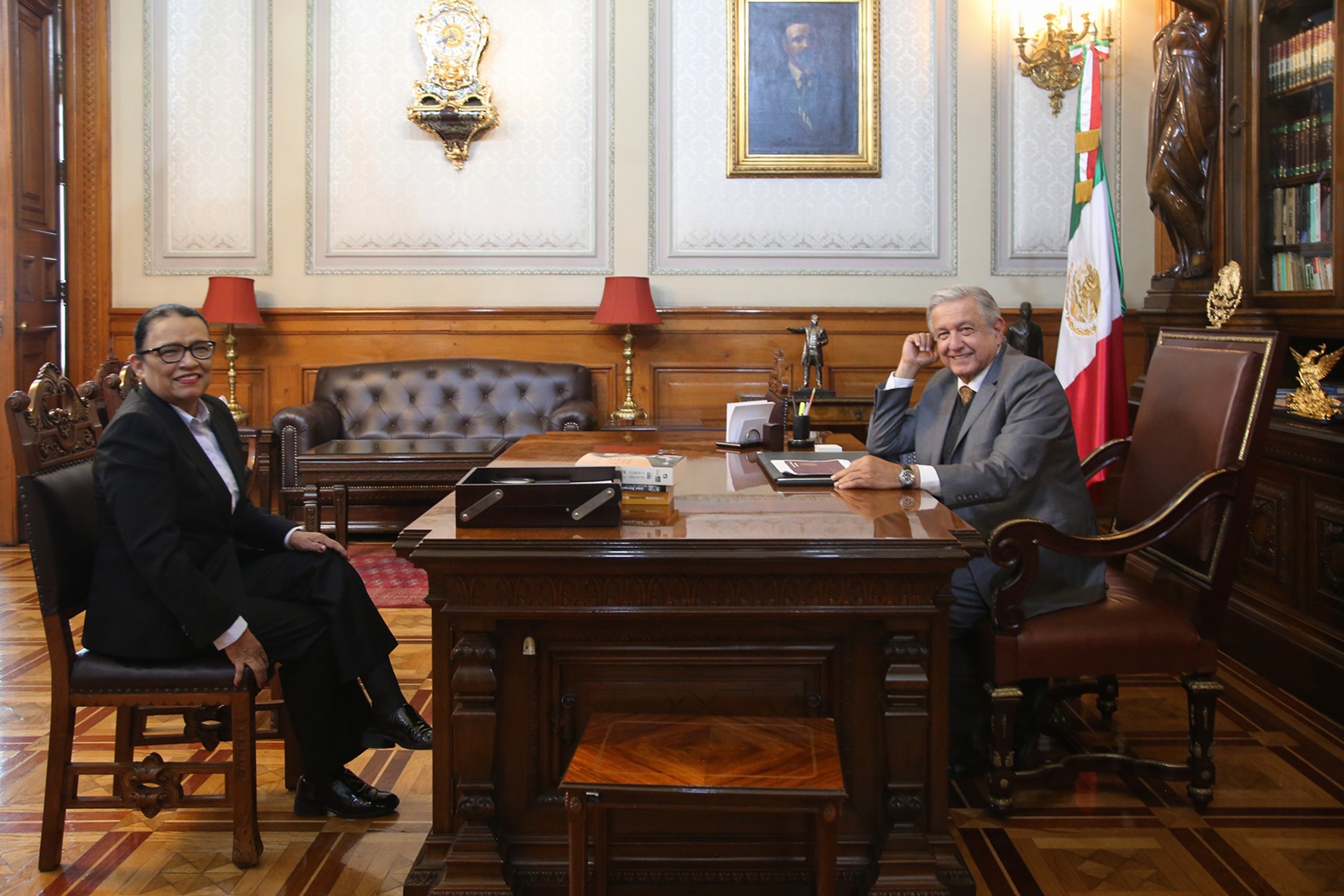 The United States has shaken Mexico with the arrest of the former head of the Mexican Army during the government of Enrique Peña Nieto, from 2012 to 2018. General Salvador Cienfuegos was arrested Thursday night at the Los Angeles airport at the request of the US Drug Agency (DEA), while traveling with his family. Hours after the capture, the Mexican Foreign Minister, Marcelo Ebrard, has reported that the US justice accuses him of five charges related to drug trafficking. Cienfuegos, 72, is being investigated by the same New York Court that is handling the case of Genaro García Luna, former Secretary of Security with Felipe Calderón, and who sentenced Joaquín El Chapo Guzman. This is the most important blow to the Mexican Army since the arrest of the military officer Jesús Gutiérrez Rebollo in 1997 —Considered the anti-drug czar of the government of former President Ernesto Zedillo—, sentenced in 2007 to 40 years in prison for links to organized crime; and the first time in Mexico’s history that a former defense secretary has been arrested.

In the afternoon of this Friday (4:30 p.m., Mexico time) a press conference is scheduled from the United States to give more details about his accusation and the general will be transferred from Los Angeles to New York, reports the Mexican Foreign Ministry. “It is a very regrettable fact that a former Secretary of Defense is arrested accused of links to drug trafficking,” Andrés Manuel López Obrador declared in his morning conference and assured that in Mexico there is no open investigation against Cienfuegos.

“I have been informed by Ambassador Christopher Landau of the United States that the former Secretary of National Defense, General Salvador Cienfuegos Zepeda, has been arrested,” Foreign Minister Marcelo Ebrard reported on Twitter Thursday night. The Mexican authorities assure this newspaper that they had no record of any investigation and it was the foreign minister who informed the president of the country.

The Mexican president celebrated the capture of the general in his conference each morning. “What about General Cienfuegos proves us right, now it does hurt to be right,” López Obrador pointed out. “If we cannot speak of a narco-state, we speak of a narco-government,” the president concluded about the two six-year terms beaten by the US justice system, Felipe Calderón (with the arrest of García Luna) and that of Peña Nieto, with the arrest of the general. And it reaffirms the need for the controversial consultation it has proposed on the investigation of the former presidents, a measure that has recently been endorsed by the Supreme Court and criticized by dozens of experts as it is an obligation of the State to prosecute criminals, not a popular decision. “How good that the Court decided this way. Imagine how it would have turned out now if it were against this ”, he pointed out.

The arrest of Cienfuegos represents an earthquake for Mexican politics and once again puts the state security forces in check for their possible links to organizing crime. The capture in December, also in the United States, of Genaro García Luna, evidenced the first cracks through which drug trafficking was introduced in previous governments. The one who was secretary of Public Security in the Administration of Calderon (from 2006 to 2012) is accused of collaborating with the Sinaloa cartel during the years of the war that the then Mexican president waged against this type of crime after he came to power. Although in the last hearing of the week last pleaded not guilty, the US court that is trying him points to him as the arm of the Government that allowed the most powerful cartel in the world to operate with total impunity in Mexico in exchange for millionaire bribes.

The coup of the US justice system on Thursday uncovers the fragility of the Mexican state, with two former high-ranking officials accused of organized crime outside its borders. Two men directly in charge of the security of Mexico during the most violent stages of the country and in which both governments, Calderón’s and Peña Nieto’s, had pledged with their northern neighbor to harshly fight the Mexican narco.

Cienfuegos was head of Defense between 2012 and 2018, a key portfolio in the continuation of Calderón’s war against drug trafficking that Peña Nieto continued until the end of his term, although with the promise of surgical operations for the beheading of cartels and not so much direct confrontations between the military and the drug traffickers. Before his appointment in 2012, Cienfuegos stood out as one of the most influential soldiers in the Army and the most experienced in international military diplomacy among the shortlist of generals that were debating the position. He was born in Mexico City in 1948 and began his career in 1964. He was also an inspector and comptroller general (official in charge of controlling public spending) of the Army and Air Force and commander of the four military regions most affected by drug trafficking.

When they turned 10 of violence from the war that Felipe Calderón started against the drug cartels in 2006, and the number of murdered climbed to more than 100,000 —in addition to nearly 30,000 disappeared and 35,000 displaced— Cienfuegos said it was in favor of the Army leaving the streets. “Do you want us to be in the barracks? Ahead. I would be the first to raise not one, two hands so that we can do our constitutional tasks, ”said the general in 2016, recalling that the ministry he headed was created for foreign security and that internal security was in charge of the Ministry of the Interior.

General Cienfuegos then spoke frankly about the uncertainty in which Mexican soldiers, commissioned by President Felipe Calderón to fight the cartels since December 11, 2006, move. Since then, military operations have been singled out for the high fatality rate they produce due to the excessive use of force and for repeated human rights violations. “What we want? That the Armed Forces have a framework [legal] that he supports them when they have to act, that we are not singled out for issues that are inherent to the operations we carry out … We would love for the police to do their homework for what they are, “he said.

These words now resonate after the mandates of President Andrés Manuel López Obrador on the militarization of the country. The creation of the National Guard, a body that he defended shortly after taking power in 2018, is made up mostly of soldiers and also federal police officers. Human rights organizations have criticized that their role leaves the public security of a country with the most murderous numbers in history in the hands of the Army.