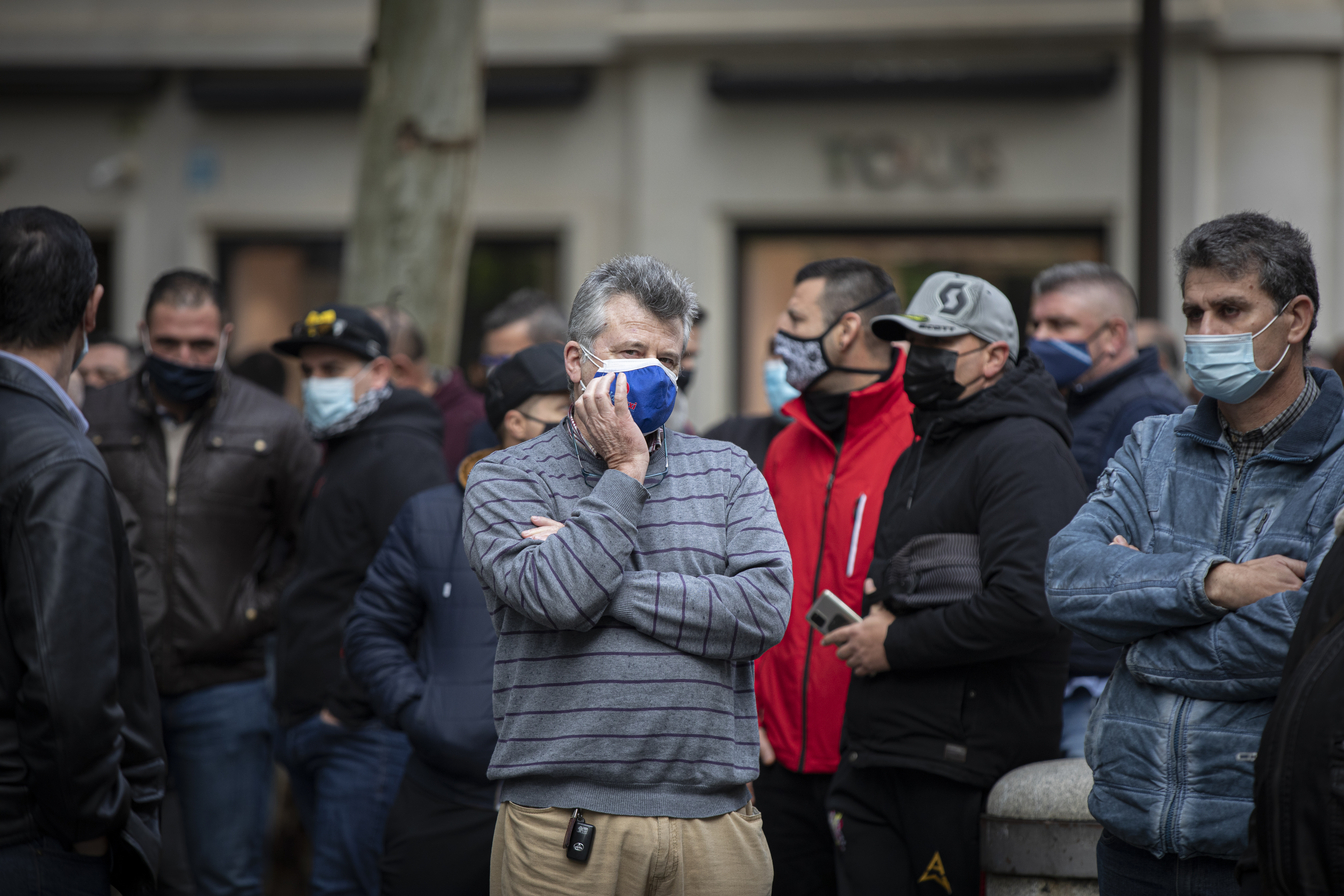 A handful of Spanish and Greek regions It has been on the list of the ten hardest hit in the EU for years due to unemployment, with occasional incorporations of Italian and French overseas territories. The International Monetary Fund does not have good news for them: it believes that the pandemic will widen the gap between poor and rich regions, not only within the EU, but within the same country. “Despite the exceptional political support displayed by the authorities, European regions with a lower GDP per capita and a modest economic performance before the pandemic seem to be more exposed to the effects of the crisis,” he said Tuesday in a report on the economic situation of the euro zone.

Fund experts explain that the most lagging regions carry a heavy suitcase of structural problems, to which are added those specific to the pandemic: they are characterized by a “disproportionately greater” dependence on sectors in which social contact is common, such as The tourism; they have fewer occupations where it is possible to telecommute —which can make the difference for a company to continue operating and its employees receiving a payroll—; They have a productive fabric with more SMEs – endowed with less financial muscle to withstand the crisis – and they tend to be less productive.

Therefore, it calls on the States to take into account the territorial disparity triggered by the virus. “Specific policies will be needed to safeguard vulnerable regions, paying special attention to the young and disadvantaged to avoid increasing inequality “, insists the report corresponding to the fourth article of the IMF for the euro zone. The gap is also between states. Some are more incapable than others when it comes to preventing distortions from affecting the most vulnerable. While in Spain and Italy those who earn the most have been affected twenty points less than those who earn the least, in Germany and France the differences are minimal, 5%, and the impact has been much more homogeneous.

The entity confirms a triple inequality: geographic, intergenerational and gender. It notes that young people are more likely to work in highly affected sectors where teleworking is not possible (such as tourism), and their income and wealth levels are among the lowest. “This lack of buffers will undoubtedly hamper their ability to weather the crisis, especially if the recovery is delayed,” he warns. Those imbalances are sometimes interconnected. “Women, especially those aged 25 and under, experienced a greater job loss than men, despite the fact that several indicators of occupational risk suggest that they were not more vulnerable before the crisis.”

In a volatile scenario, which changes practically from week to week, the IMF acknowledges that its perspectives for October may have been out of date. And it points to a slower recovery due to the restrictions derived from the second wave. “Unless the dynamics of the pandemic change significantly in the coming months, economic activity will recover more gradually,” he predicts.

Forecasts have become a risky exercise. In Spain, while the study services and the Bank of Spain predict a fall in GDP In its central scenario, the Government continues to think that activity will rebound. In the case of the euro zone, the consensus seems greater: both the European Central Bank and the IMF have detected the decline in an environment hampered by the new restrictions in the Netherlands, Belgium or Germany, the economic engine of the continent. “High frequency indicators suggest that the economic recovery has lost momentum in the fourth quarter,” notes the Fund. To support his thesis, he cites the drop in mobility indicators, the weakness of economic sentiment and consumer confidence, and the negative entry of the composite PMI index due to the deterioration of the services sector. Neither the improvement in retail sales nor the expansion of industrial activity, which has held up better during the crisis, will be able to contain this decline, according to their calculations.

As major risks, the IMF cites the resurgence of infections, possible delays in the distribution of vaccines, new outbreaks in key trading partners that hit external demand and undermine growth, and a longer crisis that increases layoffs and bankruptcies of businesses, lower house prices, increase inequalities and poverty and raise social discontent. In the geopolitical field, he cites a rough Brexit, trade tensions with the United States, the threat of deglobalization, and possible divergences with China in the face of the threat that its public aid to companies distort the market. Some of those risks are more present than ever. The document was closed on December 15, before the new strain was detected in the United Kingdom and the negotiation between the United Kingdom and the EU exceeded the agreed deadlines without a trade agreement on the table.

As a counterweight, the promising news about the vaccine, and the use of European funds, which will especially benefit Eastern and Southern European countries, including Spain, will help accelerate activity provided they are used for high investments. quality.

Governments must continue to spend

Since your last report, the EU has overcome the veto of Poland and Hungary to approve the recovery fund, the Twenty-seven have closed the pact to reduce polluting emissions and the ECB has reinforced its artillery. The IMF applauds these steps, but has several requests: it asks Frankfurt to study the implementation of new instruments if inflation continues to be low, such as providing direct support to non-financial companies, and to consider more ambitious objectives than now they fall outside its mandate, such as employment and financial stability. It demands that governments continue to spend and resist pressures to withdraw stimulus too soon “since it would run the risk of derailing the incipient recovery”, and that if the outlook deteriorates, they put additional stimulus in place. And he demands that Brussels keep fiscal rules suspended until the recovery is firm.