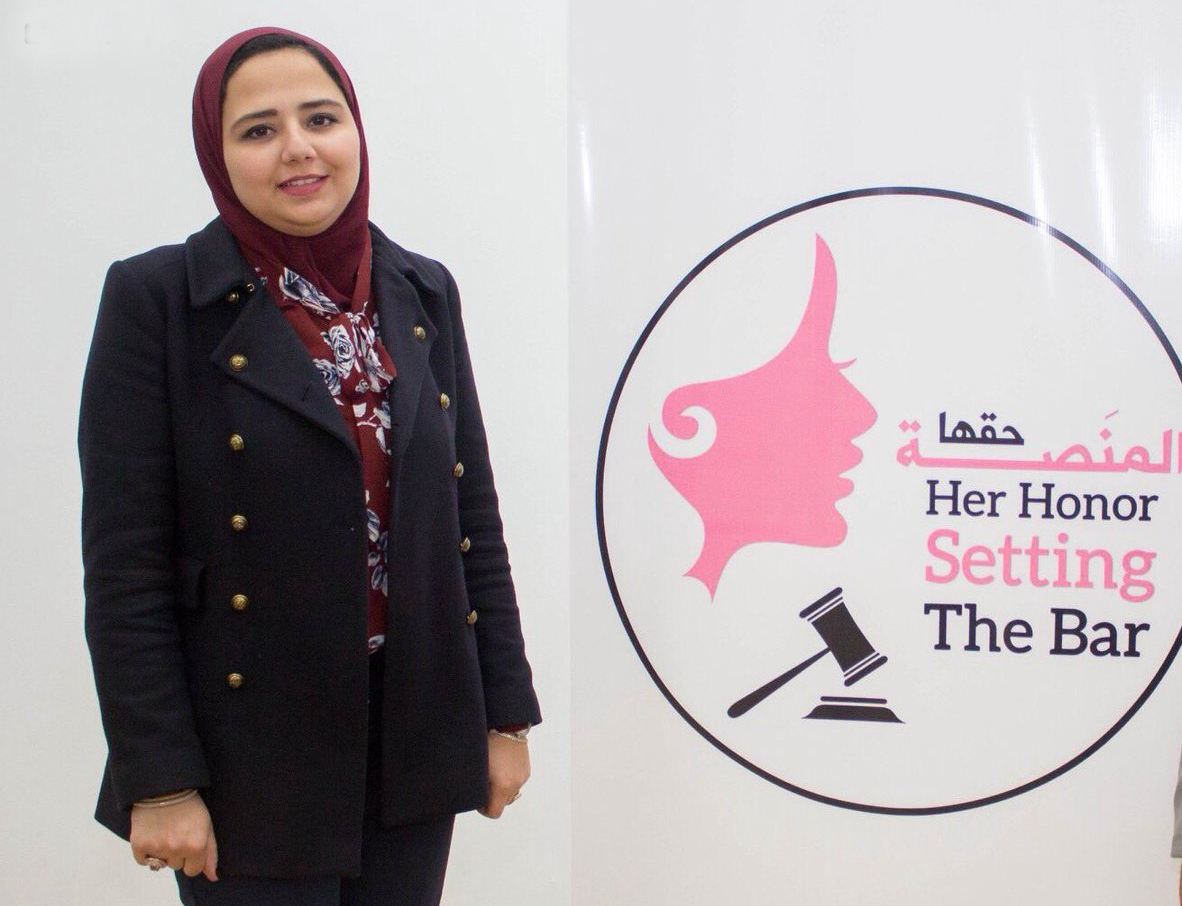 The cry is unanimous: time has run out. There is no room for aggression towards women. Not sexual, not physical, not verbal. Citizen conscience seems to have reacted. He March 8 last year it became a milestone in the feminist revolution and an unstoppable show of strength against machismo, still prevailing. The tags #TimesUp or #MeToo, spread on social networks, have also reflected that current beat. Driven from Western circles, these movements have exposed harassment or gender pay gaps.

There is a long way to go. Just look at the most recent figures from our closest environment. Or take a look at less media venues. Egypt takes, in this area, a place on the podium of the worst countries to walk freely if you are a woman. Street harassment of them is the daily bread. In 2017, for example, Cairo led a ranking prepared by the Thomson Reuters agency as the city with the highest sexual violence in the world, ahead of Kinshasa, capital of the Democratic Republic of the Congo, or Karachi, in Pakistan. And further back, in 2013, 99.3% of Egyptian women acknowledged having suffered harassment in a study by the United Nations (UN).

There the voices have not subsided. Activist Yasmine El-Baramawy reported in public a multiple rape in Tahrir Square. It was attacked in 2012, when protesting against Mohammed Morsi, the president elected after the so-called Arab Spring. Documentary filmmakers Colette Ghunim and Tinne Van Loon – American and Belgian, respectively. they recorded in 2015 with a recording of their passage through the capital. And ex-model Amal Fathy has recently been incarcerated for reporting on their Facebook page that the law against harassment (signed in 2014 and hardened in 2017) was proving useless.

Far from appeals with international resonance, thousands of Egyptians express this unease on a daily basis. They do it in a more anonymous and direct way: the bullying map or Harass Map, a web page where each person can tell their experience marking the place and the circumstances in which it happened. It was started by a group of four women before the I also was a universal regret. “It was launched in December 2010 together with IT partners, consultants and volunteers”, detail those responsible by email.

In Egyptian society, men’s actions are not questioned. Therefore, anyone can touch a woman who walks calmly down the street and not worry, because her actions will have no consequences in the social or legal sphere.

It is not difficult to know the germ. “We all feel overwhelmed by the sexual harassment we are exposed to and see on a daily basis. We felt that we could not continue on the sidelines and silently tolerate the damaging effect that such harassment was having on our daily lives, ”they reason. “We wanted to make a map of the types of harassment and see how its social acceptance, which clouds the pride of the country, can be stopped”, they add. The platform differentiates between an incident without any help or one with the intervention of someone and has begun to add testimonies from other countries such as Morocco, Saudi Arabia or Poland.

For them, sexual harassment is “any unwanted action, verbal or physical, of a sexual nature, that violates the body, privacy or feelings of a person, disrespects them or makes them feel uncomfortable, threatened, insecure, scared, startled, insulted, intimidated, mistreated, offended or objectified ”. Comments are framed under these parameters, ranging from a simple sign in the direction where it happened to a brief description of the events, including facial gestures or malicious friction. “A shop owner touched every part of my body,” writes a user in a southern Cairo neighborhood.

“Several factors explain why we still have this problem,” they warn. “The main one, due to power relations,” they advance. “In Egyptian society, the actions of men are not questioned. Therefore, anyone will be able to touch a woman who walks calmly down the street and not worry, because her actions will have no consequences in the social or legal sphere ”, they maintain. This lack of sanctions “is always supported by myths about sexual harassment,” they argue. “For example, it is said that only women who do not wear the veil are sexually harassed or that sexual harassment occurs in poor areas, which is totally out of the question.”

His diagnosis is that “Egyptian society should go through a gradual cultural change” towards the full recognition of women. It also goes through the way sex education is imparted in schools. “It is not our field of work, but awareness is needed in all schools about sexual harassment,” they point out. And they influence: “Sexism would vanish with a reporting system and a policy of anti-sexual harassment in institutions with a participatory approach, where people get involved in raising awareness and in how laws are handled, as well as eliminating myths that surround harassment ”.

Harass Map has been awarded in these years by various entities, such as Cairo University. It has inspired plays or echoed the commitment by companies like Uber to fight bullying. Some people, however, protest about giving space to male opinion. “There is the argument that men should be out of the equation, but it is not efficient, since they need to know what women are exposed to and how they should stop it,” they point out.

“It is women’s time, but it is also important to involve men and let them know about women’s rights”, they continue, “having the right audience is having both genders present, because ignoring men means that we assume that everyone men are harassers and that they themselves are not exposed to sexual harassment ”. “Sexual harassment is not a woman-related issue. It is true that in Egypt the majority of those who suffer it correspond to women and girls, but men are also harassed. Therefore, it is necessary to teach both about their rights and about the importance of gender equality ”, they conclude.

United in claims to #MeToo, they disapprove the demonstrations against him for his supposed elitism. “We do not believe that it is so. An elitist movement would not have this impact on everyone. The stories were shared from all contexts and cultures. It had its effect even in the Middle East, where men and women shared their stories. It is a milestone in the expression of sexual violence and sheds light on the idea that anyone can be subjected to any form of sexual violence ”, they sentence. Days before what is envisioned as another great victory for feminism, Harass Map spokespeople celebrate the change, but don’t fire rockets either. “There is no specific data available to speak of an improvement in the situation of women,” they argue, brandishing the almost 1,600 cases that they have indicated only on their maps of Cairo to date. “However, now you can hear about bullying routinely, when it was previously taboo. People discuss on social media and report positive developments, “they say, insisting that time is up, but” much remains to be done.