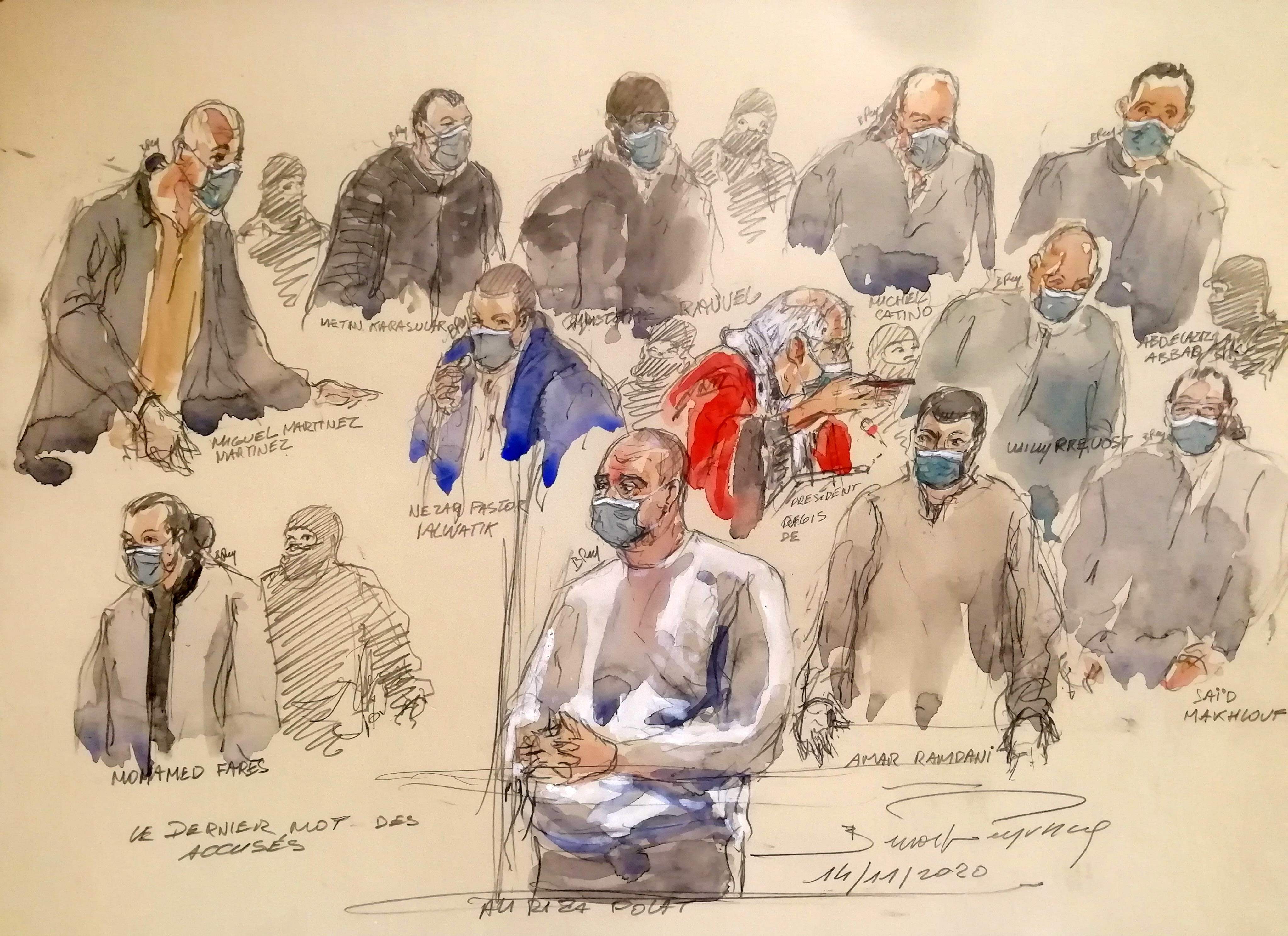 The Paris Antiterrorist Prosecutor’s Office has requested this Tuesday high prison sentences, including two life sentences, for the 14 accused for varying degrees of complicity in the January 2015 attacks against satirical magazine Charlie hebdo and against a Jewish supermarket in Paris that left a total of 17 dead.

“The sentences must be at the height of the extreme gravity of the facts”, has claimed the prosecutor Julie Holveck to the five judges of the special criminal court who will have to make their ruling known next week, after more than three months of trial repeatedly interrupted by the coronavirus and during which France has suffered new jihadist attacks related to the publication of cartoons of the Prophet Muhammad that caused the first attack on the satirical magazine. “We know that the jihadist ideology tries to destroy Western societies, it is a constant exogenous and endogenous threat”; this judgment “will serve as a pattern” for other processes, he added. The other great cause against terrorism in France, that of the jihadist attacks of November 13, 2015 in the Bataclan nightclub, which closed that fateful year with 137 more deaths, should be held in September next year and this first process it can serve as a reference.

None of the 14 defendants at the hearing that began in September took direct action in committing the attacks. Its material authors, the brothers Chérif and Said Kouachi, who massacred 12 people in the attack on Charlie hebdo January 7, 2015, and his sidekick, Amedy Coulibaly, who killed a police officer before murdering four others two days later at the Hyper Cacher Jewish supermarket in Paris, were killed shortly after the attacks. Even so, during the trial, the prosecution has tried to show that all those who have sat on the bench, 11 men of different ages, and the three who have been tried in absentia, including the only woman, Hayat Boumeddiene, wife of Coulibaly, knew to a greater or lesser degree that the terrorists intended to carry out an attack of an extremist nature and even so they decided to help them acquire weapons, raise money and other support that made the attacks possible.

In fact, the prosecution affirmed in its allegation of almost an hour against the main accused present, Ali Riza Polat, this 35-year-old man was a fundamental “pivot” in all the attacks of January 2015. “Although he denies it, he had a precise knowledge “before the passage to the act of the Kouachi brothers and Coulibaly, whom he had known for years, said the other prosecutor in charge of the final arguments, Jean-Michel Bourlès. “He is the axis of the preparations, he is the key piece, he cannot be dissociated from the Kouachi and Coulibaly brothers. He acted transversally in each material and temporal stage of the attacks, “insisted prosecutor Holveck before requesting the maximum penalty, life imprisonment.

It is the same maximum sentence faced by another of the defendants, Mohammed Belhoucine, considered Coulibaly’s religious mentor and also key in the operational support against the Hyper Cacher terrorist. Belhoucine fled together with his brother Mehdi, against whom the prosecution has requested 20 years in prison, to the Syrian-Iraqi region a few days before the attacks and both are believed to have died, although there is no official confirmation.

He also remains on the run, although a year ago a testimony assured that Boumeddiene was still alive. Against Coulibaly’s wife, who also fled a few days before the attacks from the Madrid-Barajas airport, the prosecution requested 30 years in prison this Tuesday, ten more than originally planned, given that “it has become an instrument of propaganda, she is the princess of the Islamic State, ”said Holveck.

For the rest of the defendants, the prosecution requested sentences of between five years, the lowest up to 20, with a minimum demand for compliance of two thirds of the sentence in each case. On Monday, prosecutors had already asked the judges for a “firm and balanced” response for some defendants who must assume “their share of responsibility” since, “without them”, the Kouachi and Coulibaly they could not have perpetrated the deadly attacks that sparked a wave of national and international rejection. Defense attorneys began their own closing arguments on Tuesday, which should last until next Monday. The verdict is expected for next Wednesday 16.