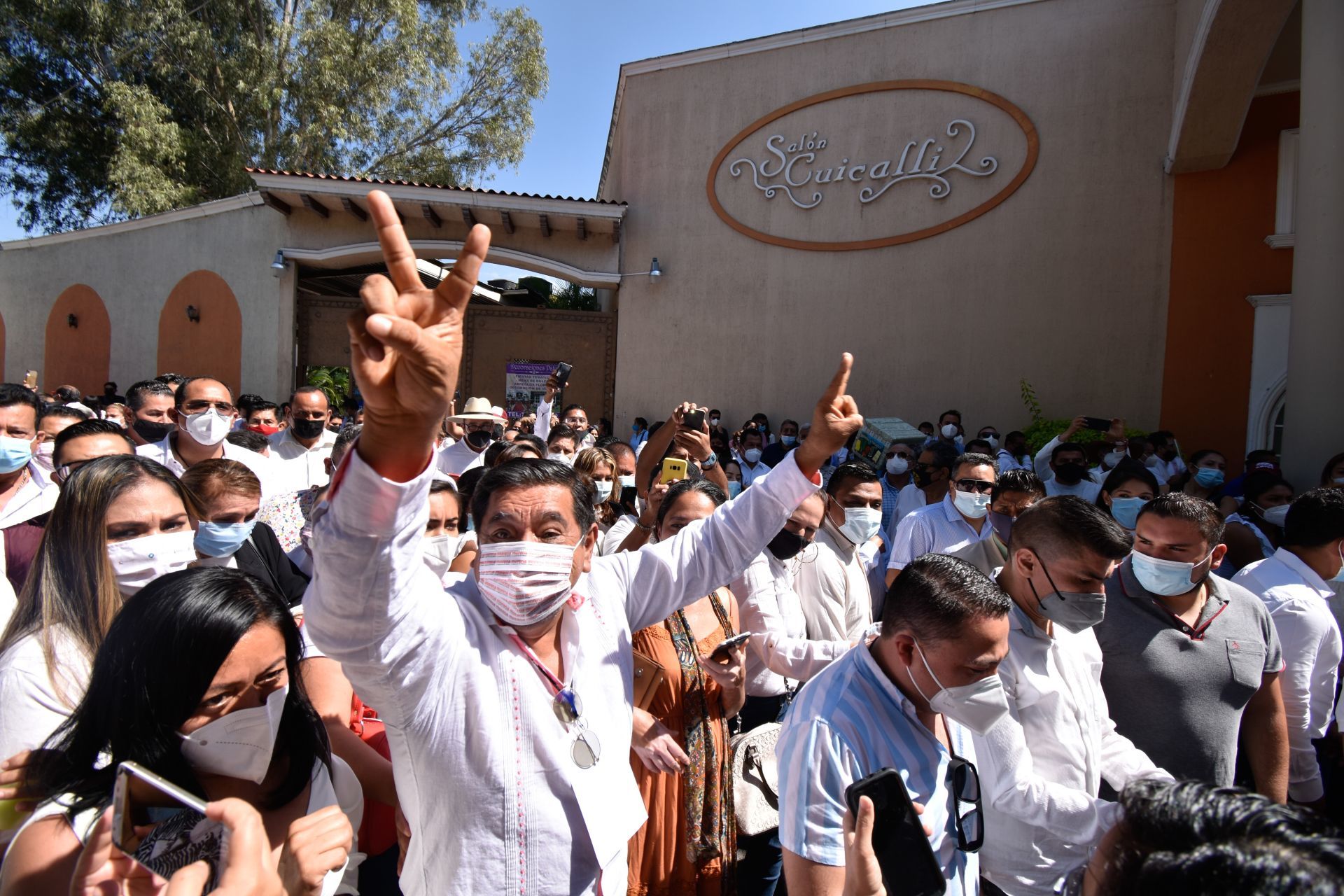 On the one hand, the unconditional defense of the candidate by Andrés Manuel López Obrador. On the other, a cry from society against him, malaise in the Government and in Morena, the formation that supports him, where there have been some public questions, such as that of the Secretary of the Interior, Olga Sánchez Cordero, or in any case there is an eloquent silence. The candidacy for governor of the State of Guerrero of Félix Salgado Macedonio, a veteran politician who grew up with the Mexican president in the Party of the Democratic Revolution (PRD), is on the way to becoming a serious internal crisis in the government party. Salgado Macedonio is suspected of at least two rapes and other sexual abuse and it has been denounced by three women in a country where 3,000 sexist murders are registered a year. Yet he has received unqualified endorsement from López Obrador, who is increasingly alone in that defense.

The president has so far resorted to the usual strategy, which consists of turning the accusations that affect the Government or his party into a pretext to charge against his adversaries, the press and reaffirm his political project. On this occasion, the severity of the scandal runs the risk of that tactic becoming like a boomerang. López Obrador has refused to remove Salgado and in his latest statements on the case described the criticism against the candidate as a “lynching campaign.”

“When I make an accusation it is because I have the evidence, never a slander. Nothing from the maxim of the mafia or the underworld of journalism that ‘slander when it does not stain, smudge’. No, no, “said the president at the press conference on Friday, in which he defended that the decision belongs to the voters. “Let’s see, you have to ask the people of Guerrero, the women and men of Guerrero. Those who previously thought that the town did not exist stayed in the almanac, they did not understand that there is already a change and that the town is now the main actor in the public life of Mexico, it is not a stone guest, it no longer works, no the so-called red circle works, ”he added.

The violations reported they date back to 1998 and 2017. There is another case that is in the hands of the Morena Honesty and Justice Commission, a kind of internal guarantees committee. This investigation now allows Morena’s leaders to avoid openly taking a position on the case while the case is being resolved. The party’s national president, Mario Delgado, has used precisely that argument to evade the accusations. “There is a procedure that is being carried out that we are going to abide by. We are going to respect its resolution, we will inform it in due course ”, he said.

The elections that will renew the Chamber of Deputies and the governors of 15 of the 32 states are held on June 6 and the electoral campaign begins in April, but the propaganda activities for the vote of the governor of the State of Guerrero begin at the beginning of March. In other words, the pulse to move Salgado Macedonio aside is about to enter the final stretch. To this is also added the climate of annoyance of the president with the adversary of the candidate within Morena, Pablo Amílcar Sandoval, who also aspired to the Government of Guerrero and finally resigned weeks ago to challenge his opponent.

Despite López Obrador’s position, the rejection of the candidate has reached his cabinet. The Secretary of the Interior, Olga Sánchez Cordero, who replaced the president in the morning press conferences during his discharge due to covid-19, made it clear this week, although he did not mention the name of the politician. He said that “unrestricted respect for the right of women to live without violence is a necessary condition for a popular representative” and recalled that “it is the responsibility of each party to show that its candidates are up to the task and proceed in accordance with the laws ”.

The senator of Morena Martha Lucía Micher, president of the Parliamentary Commission for Gender Equality, sent a letter to the party leadership on Thursday in which she demands a greater exemplary selection mechanisms: “In these moments of resurgence of violence against women throughout the country, it is essential that as a political institute the process of selecting candidates and candidates is thoroughly reviewed, to avoid that the candidates weigh any hint of doubt or questioning about their behavior ”. “The testimony of women victims of sexual violence turns out to be the basis for the intervention of the institutions. Their veracity cannot be disqualified a priori, since their word is the principle of fair action, ”the letter states. Also the deputy of Morena Lorena Villavicencio contradicted the thesis of the president: “We are not against a character for a partisan issue as the president says. We want to end this climate of permanent impunity, that justice is applied and the damage to the victims is repaired, “he said. in a colloquium on the case organized by EL PAÍS.