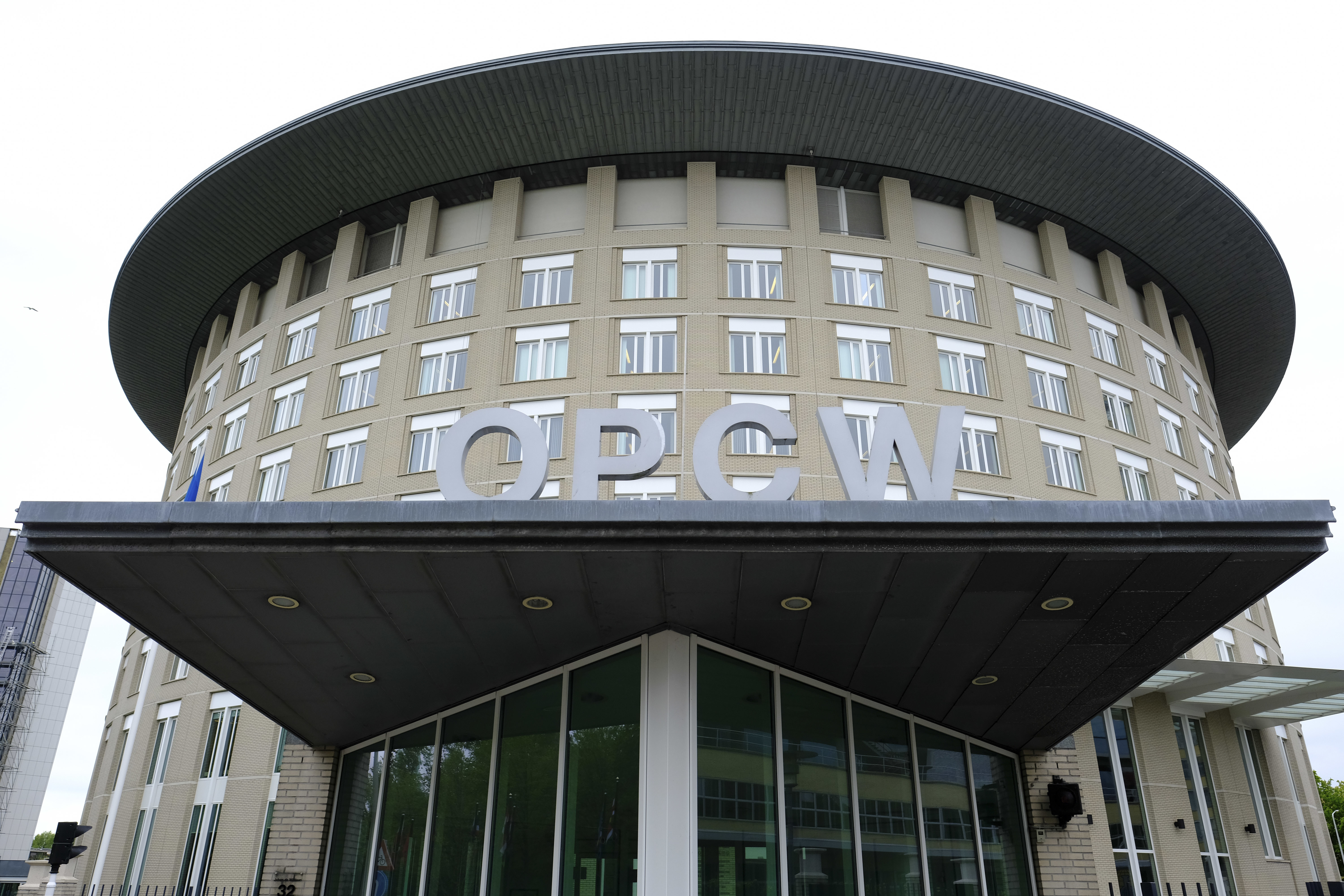 The western counteroffensive began with the denunciation of the British authorities. In a matter of hours, the Dutch and the Americans joined. The Secretary General of NATO, Jens Stoltenberg, has urged Russia on Thursday to cease its “reckless” behavior and has called on Moscow to abandon “the use of force against its neighbors”, the attempts to interfere in electoral processes of other States and “widespread disinformation campaigns,” reports Lluís Pellicer from Brussels. The Kremlin in response accused the Netherlands of participating in a “propaganda campaign” against Russia and reproached it for having waited almost six months to report the expulsion of four Russians in order to influence the session of the Organization for the Prohibition of Chemical Weapons (OPCW) which starts next Tuesday, informs Pilar Bonet from Moscow.

The Dutch secret services have revealed this Thursday the details of a counterespionage operation carried out between 11 and 13 of last April, and that allowed to disrupt, with the help of the United Kingdom, a computer attack directed against the OPCW. The perpetrators of the assault are four Russian military spies, who tried to break into the communications network of the agency, based in The Hague. At that time, its experts were investigating the nature of the substances used in two alleged chemical weapons attacks: the one perpetrated that same month against the Syrian city of Duma, and the one suffered in March by the former Russian spy Sergei Skripal and his daughter, Yulia, in the British city of Salisbury. The Russian agents were part of the Central Intelligence Department (GRU, in its Russian acronym) and were expelled.

“It was a counterintelligence operation, and we believed that it would be more effective to make it public than to arrest them. We want to show that neither we nor our allies will tolerate this type of aggression,” said Ank Bijleveld-Schouten, Dutch Minister of Defense. in an unusual press conference. She was accompanied by General Onno Eichelsheim, head of the country’s military secret services, a figure who does not usually share details of his work in public. This time, however, he gave the names and surnames of the deported officers: Aleksei Morenets, Evgenii Serebriakov, Oleg Sotnikov and Alexei Minin.

The quartet arrived in the Netherlands with a diplomatic passport on April 10, and until the 13th, when they were intercepted, prepared and attempted a cyber attack against the OPCW. The Dutch general’s statements allow us to reconstruct what happened almost to the minute. Given their connection to Russian espionage, the travelers were followed by Dutch counterespionage since they arrived at Amsterdam airport (Schiphol). “They were met by an official from the Russian embassy and then they settled in the hotel next to the OPCW. In the photos taken by our agents, you can see them next to the headquarters of this organization. On the 13th, they took action, and parked a Citroën C3 car next to the iron fence that separates the two buildings, ”according to Eichelsheim. During the day, the OPCW “had problems in its internal computer networks, although they were not infected.”

After verifying the situation, the Dutch authorities arrested the four Russian citizens. When we opened the trunk of the strategically parked car, “we saw that there was a battery inside to power the computers and other devices used to carry out the attack; also several antennas ”. “They tried to destroy their mobile phones, but without success,” continues the Dutch military. They also carried 20,000 euros and another 20,000 dollars in cash, “figures that do not usually fit with a vacation.” On Serebriakov’s computer, “there was data that indicated an attempted assault on the office of the Malaysian State Attorney General’s Office, and the police, collaborating in the international investigation into the air disaster of flight MH17”.

With the expulsion from Holland a subsequent trip to Switzerland was frustrated. It was scheduled for April 17 “when a laboratory in that country analyzed, at the request of the OPCW, a series of chemical substances”, Eichelsheim assured. Were they after the nerve gas used in the poisoning of the Skripal? They have asked him. “You never know,” replied Peter Wilson, British ambassador to the Netherlands, instead. “But Sergey Lavrov, Russian Foreign Minister, indicated another chemical, and not Novichok, pointed out by our investigators, and later confirmed by the OPCW. This organization never reveals the name of the laboratories with which it operates to maintain its independence, but Lavrov knew what it was. ” The diplomat has described cybercrime as “intolerable” and has welcomed international collaboration in his fight against this crime.

The British authorities have been very prudent in passing all the credit for the operation to the Dutch intelligence services and highlighting the collaboration between the two governments. London seeks in the first place to obtain the support of its partners and allies for the efforts of the British Executive to end the practices carried out around the world by the GRU agents. Prime Minister Theresa May made this goal a priority after the two suspects allegedly responsible for the attempted poisoning of double agent Sergei Skripal and his daughter Yulia were identified.

“Through our institutions, including the European Union, we will work with our allies to increase the sanctions regime, curb and respond to the use of chemical weapons, combat hostile activities in cyberspace and punish human rights abuses.” United Kingdom Secretary of State for Europe Alan Duncan said in a statement. The GRU can only triumph from the shadows. We have agreed with our allies that every time we detect their malicious activity, we will jointly expose it to the public, “he added.

Throughout Thursday morning, senior British government officials offered briefings to the London media to reaffirm their belief that Russian military espionage was behind the new attacks. It is no coincidence, a source has suggested the top level in the Department of Homeland Security, that whenever an international investigative activity takes place on its operations, “the GRU appears to be redeployed.”

That would explain the attempted cyberattack dismantled by the Dutch authorities against the OPCW headquarters. UK authorities have directly linked the GRU’s methods with those carried out by a number of hackers with names like Sandworm, BlackEnergy Actors, Fancy Bear or APT28. To the latter they attribute a cyber attack against the World Doping Agency that led to the leakage of medical records of several athletes. London has also revealed that the GRU tried last March, shortly after the Salisbury poisoning attempt, to carry out a new cyberattack against the computer service of the UK Foreign Office. A month later, an unsuccessful attempt was made against computers from the Ministry of Defense and the Science and Technology Laboratory.

“We do not know what the reaction of the Russian authorities to this new information will be,” said a senior UK National Security official, “but we hope they will launch another disinformation campaign.”

The United States, for its part, accused seven GRU spies on Thursday of a cyber attack related to the leak of drug tests of Olympic athletes. The attack would have been motivated by a kind of revenge after the dismantling of the institutionalized doping system in Russian athletics at the Sochi 2014 Winter Games. “Among the objectives of the conspiracy was the disclosure of stolen information as part of a campaign designed to undermine, retaliate and delegitimize the efforts of international anti-doping organizations, “reported the US Department of Justice.

The Secretary General of NATO, Jens Stoltenberg, has called on Russia this Thursday to cease its “reckless” behavior after being informed by the United Kingdom and the Netherlands of a massive campaign of cyberattacks on a global scale and of trying to infiltrate the Organization to the Prohibition of Chemical Weapons (OPCW). After a meeting of Defense ministers of the Alliance, Stoltenberg has demanded that Moscow abandon “the use of force against its neighbors”, the attempts to interfere in electoral processes of other States and the “widespread disinformation campaigns”.

On the meeting’s agenda was, among other issues, cooperation between NATO and the EU on cyberattacks. And that point of the day has drawn the attention of ministers when the Dutch ambassador reported on the attacks on the OPCW offices. According to the report of the representative of the Netherlands, the cyber-operation, carried out by the Russian military intelligence service, could be countered by the Netherlands with the help of the United Kingdom. According to NATO, the economic costs have been “enormous.” Stoltenberg has affirmed that, in the face of this attack, NATO will continue to “strengthen its defense” to face these new threats.

The President of the European Council, Donald Tusk, the President of the Commission, Jean-Claude Juncker, and the High Representative of the EU for Foreign Affairs and Security, Federica Mogherini, have lamented “these actions”, which “undermine international law” and the “international institutions”. “The EU will continue to strengthen the resilience of its institutions and that of its Member States, partners and international organizations in the digital domain,” they said. The Spanish Defense Minister, Margarita Robles, has stated in this regard that Spain is “prepared” to face these challenges but has called for calm and avoiding “scaremongering”.